The onset of wet weather often results in doors and windows become hard to open as materials swell and move.

Often all that is needed is just a little tidy up, re-alignment of a door latch bolt, hinge adjustment or some planing of some wood and it works like new.

Painting is essential to preserve wooden materials as the moisture and subsequent mould can cause rapid deterioration. 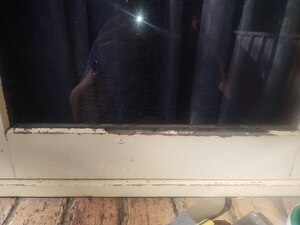 Here the glazing had failed and was at a point where moisture was going to enter the window frame around the glass. A simple cleanup and application of linseed putty. After curing for a week or two, then painting, the window is protected again, avoiding the costly replacement. 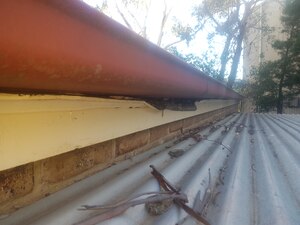 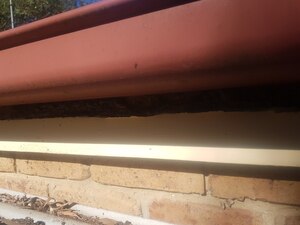 Black ants had got behind the fascia under the gutter and the moisture and activity caused the wood to rot and fail. Keep an eye out for ants, often they are a precursor to this type of damage and a pest controller may be a good idea. 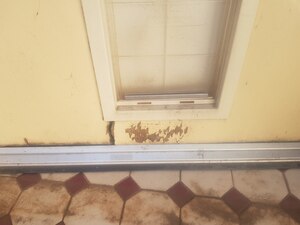 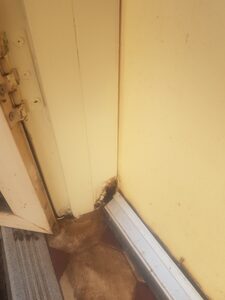 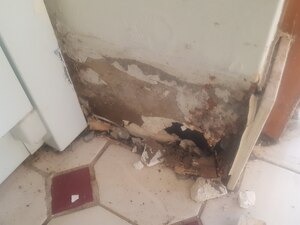 This back door is exposed to the weather which has caused the door to split and the timber to rot where it meets the tiles.

A further consequence has been the damage around the corner to the gyprock and tiles. In this instance, not too late, just needs some urgent remedial action to eliminate the moisture issues.